DUBAI, UAE, Nov. 25, 2021 /PRNewswire/ — Alvexo is thrilled to announce a global partnership agreement with Al Jazira Sports Club, one of the most iconic football clubs in the Gulf States. The partnership will see Alvexo become the Official Trading Partner, starting from the 2021/2022 season until the end of the 2022/2023 season. 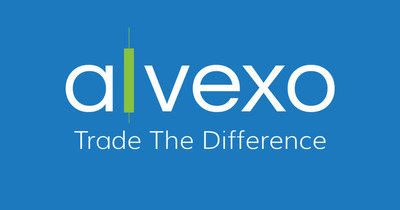 The partnership between Alvexo and Al Jazira establishes a winning relationship – the first of its kind in the Arabian Gulf countries and a historic moment between football and trading, where the same qualities in traders and sportsmen meet, where good timing, innovative strategies, dynamic play, preparation, and ambition to outperform are essential to both.

Through this alliance both Alvexo and Al Jazira Club have found a channel to share their vision and values to their respective clients and fans, which highlights the importance of dedication and training to developing the skills to succeed on the pitch as well as the investment world.

Founded in 2014, Alvexo – a regulated brokerage provides a complete solution for investors to develop trading skills to their highest level on local and global markets. Through a secure and professional platform, Alvexo inspires its clients to learn and trade simultaneously, as they firmly believe that applied knowledge is the key to success.

While Alvexo strives to expand its high-quality investment services, its door will be open to Al Jazira Club fans. Alvexo looks forward to working with the club’s management to provide activities, events and prizes for the fans in order to strengthen the bond between football and trading.

Al Jazira Club known as the “Pride of Abu Dhabi” was established in 1974 and is playing their matches at the 38,000-seater Mohamed bin Zayed Stadium. Al Jazira Club competes in the ADNOC Pro League, in addition to their regular participation in the Asian Champions League. Among their many achievements, they have won the ADNOC Pro League titles in 2011, 2017 and 2021, as well as the UAE President Cup in 2011, 2012 and 2016. Al Jazira reached semifinal of FIFA Club World Cup 2017, and they are now preparing to appear in the upcoming version of this competition, taking place in early 2022 in Abu Dhabi.

Commenting on the partnership, Managing Director of VPR Safe Financial Group Yael Kleinman said, “We are excited in having established our partnership with Al Jazira FC and believe in the future prospects it holds for both of us.”

“We share a commitment to integrity, experience and tradition while striving to grow and strengthen our client and fan base with a team of professionals dedicated to strong performance and maintaining long term loyalty.”

From his side, Mr. Ali Yousef Al Hammadi, Group CEO of Al Jazira Club, said, “We are delighted we signed this innovative partnership, the first of its kind in the region, with Alvexo. What Al Jazira and Alvexo have in common is their endless ambition to innovate and evolve, and provide only the best services and experiences. We are confident this partnership will be a corner stone to more cooperation between the club and the company in the future for the benefit of Al Jazira and Alvexo and their clients and supporters.”

“The Alvexo partnership with Al Jazira Club is a landmark deal for UAE football since this is the first time the Trading industry attracts such an exclusive brand to join forces with a local Club,” states Eric M Gottschalk, CEO of MMC Sportz who has helped broker the deal together with IMAC Media.