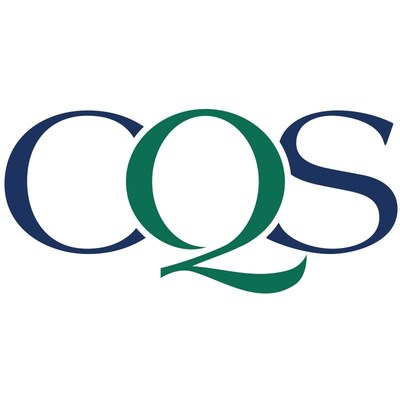 As CEO, Mr Rolet will lead the Firm’s next stage of growth, enabling Sir Michael to focus on investment management as SIO. Mr Rolet’s appointment will harness his management experience and leadership skills with Sir Michael’s investment acumen. Their complementary skillsets will enable CQS to more effectively meet client needs and grow.

“I am excited that Xavier is joining us and very pleased that we have been able to attract a CEO of such calibre who will help establish CQS for the long-term. He has the experience and has demonstrated he knows how to build financial services businesses. As CEO he will be responsible for managing and growing our firm. As Executive Chairman, I will continue to help shape CQS’ vision and direction. This will allow me to dedicate my time to investment management, leading our investment teams and client engagement. I have a passion for markets. I enjoy problem solving and puzzles, and markets are one big puzzle.

It is imperative that we meet client needs, perform, build business resilience and provide opportunities for our people. Over the last several years we have invested in our investment management capabilities, strengthening our hedge fund, bespoke alpha and long only offerings. We have been institutionalising our business and we have professionalised by putting in place appropriate governance and hiring additional talent. Importantly, Xavier and I have known one each other for 35 years, having worked together early in our careers in finance. There is mutual trust and respect. Xavier is a man of great integrity and one of the best CEOs I know. He is the ideal candidate.”

“CQS has a strong platform from which to grow. It has a great brand, investment management platform and talented people. I am very much looking forward to working with our teams to grow the Firm in a rapidly changing environment for investment management. I have known Michael for a long time and admire his intellectual curiosity and power, his passion for investment, and above all his integrity.

I am looking forward to working with him and CQS’s world-class Board, senior leadership and staff to further develop the business.”

Xavier’s appointment as Chief Executive Officer of CQS is subject to the relevant regulatory approvals.

CQS is a credit-focused multi-strategy asset manager founded by Sir Michael Hintze in 1999. As at 1 December 2018, CQS had funds under manager of USD18.1bn¹. The Firm’s deep experience allows it to offer solutions for investors across a range of return objectives and risk appetites. CQS is an active asset manager with expertise across corporate capital structures including corporate credit, structured credit, asset backed securities, convertibles, loans and equities. It is committed to delivering performance and high levels of service to our investors.

Prior to establishing CQS in 1999, Sir Michael held a number of senior roles at CSFB and Goldman Sachs. He began his career in finance in 1982 with Salomon Brothers, New York, after working as an Electrical Design Engineer in Australia, where he had also served as a Captain in the Australian army.

Xavier was Chief Executive Office of the London Stock Exchange from May 2009 until November 2017, having been appointed to the Company’s Board in March 2009. He was Chief Executive Officer of Lehman Brothers in France from July 2007 to 7 January 2009. He became a member of Lehman Brothers’ European Operating Committee in 2003, having joined the firm in February 2000 in New York as co-head of Global Equity Trading. Xavier started his career on the International Arbitrage desk at Goldman Sachs & Co. in New York in January 1984. In 1990, he moved to London as co-head of European Equity Sales and Trading. He joined Credit Suisse First Boston in 1994 as global head of European Equities before moving to Dresdner Kleinwort Benson as global head of Risk and Trading, and deputy head of Global Equities in 1997.

After graduating from the KEDGE Business School with an MSc in management science and finance in 1981, Xavier served as a second lieutenant and instructor at the French Air Force Academy, earned an MBA from Columbia Business School in 1984 and a post-graduate degree from Paris-based IHEDN (Institute of Advanced Studies in National Defence) in 2008.

Board of Directors CQS Management Limited: