Physician Carlo Spini, President of Africa Tremila, and his wife Gabriella Viciani, were killed en route to a mission in Kenya to administer healthcare programs

NEW YORK, May 4, 2019 /PRNewswire/ — Two federal wrongful death lawsuits were filed on May 2 in Chicago, IL by the law firm Kreindler & Kreindler LLP, along with co-counsel Power Rogers & Smith LLP, on behalf of the family of Carlo Spini and his wife Gabriella Viciani, of the Arezzo Province of Italy, who were killed in the crash of the Boeing 737-8 MAX, operated as Ethiopian Airlines Flight 302 on March 10, 2019 in Addis Ababa, Ethiopia. The defendants in the case are Chicago-based Boeing Company and Rosemount Aerospace, Inc. of Minnesota. The lawsuits were filed in the United States District Court for the Northern District of Illinois.

The lawsuits make a damning case against Boeing and the Federal Aviation Administration’s failures that caused the crash, including allegations not found in prior lawsuits that Boeing failed to activate an important safety feature in the airplane and that Boeing failed to have its MCAS consider flight variables, such as the airplane’s airspeed and altitude, before triggering and pushing the airplane’s nose down toward the ground.

The victims had been engaged in humanitarian missions in Africa, where they established and oversaw hospitals, medical clinics and orphanages for the local populations, including young orphaned children whose parents succumbed to AIDS and other fatal illnesses. Spini, a physician, and Viciani, a nurse, had been traveling to Africa since 2002, when they established a program for the prevention of AIDS/HIV transmission, and treatment of other diseases, in Malawi. Successive projects in the following 16 years until their deaths included the creation and oversight of 11 hospitals and healthcare clinics in Kenya, Malawi, Eritrea, South Sudan, Madagascar and other countries in need.  At the time of his death, Spini was President of Africa Tremila, a non-profit based in Bergamo, Italy, which establishes and oversees humanitarian programs in developing countries. Spini and Viciani were on board ET 302 en route to an Africa Tremila project in Kenya. In addition to their four children, Spini and Viciani are survived by eight grandchildren.

“Our parents committed themselves to the welfare of others.  We are saddened by the loss of our parents, but above all, we are angry at Boeing for depriving our family, friends and the many needy people in Africa, of these two, special people.  They lived and worked together for over 50 years, providing care in hospitals and on missions, committed to the welfare of others,” said Andrea Spini, their eldest son. 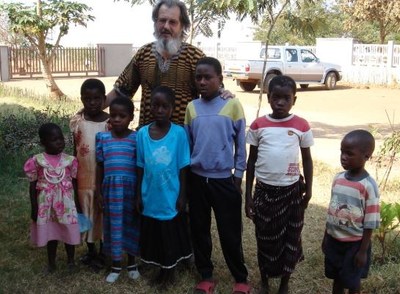 Justin Green, a Kreindler & Kreindler LLP partner and a military-trained pilot, said, “Boeing made inexcusable errors in its programming of its Maneuvering Characteristics Augmentation System (MCAS).  The most important, and one that has not yet been addressed, is that MCAS does not consider the airplane’s proximity to the ground when making its decision to push the nose down and that Boeing failed to introduce a ground proximity avoidance system for the airplane.  Boeing designed the MCAS so that it did not even consider the accurate data supplied by the airplane’s second angle of attack sensor and that it would not reject completely implausible data supplied by the failed sensor that indicated that the airplane was over 74 degrees nose high. Boeing’s MCAS design permitted a single point failure of an AOA sensor to cause two aviation disasters and is perhaps the worst design in the history of modern commercial aviation.”

“We are seeking punitive damages because strong public policy in Illinois supports holding Boeing accountable for its intentional and grossly negligent conduct, in particular its refusal, even today, to admit that the grounded Boeing 737-8 MAX had any safety problems even while the plane is grounded and Boeing is being forced to finally fix the problem that has caused two aviation disasters in the short life of the airplane,” said Todd Smith, partner at Power Rogers & Smith L.L.P.

The complaint filed today on behalf of the victims’ family summarizes their claims, in part, as follows:

“Boeing put its financial interests ahead of the safety of passengers and flight crews when it rushed the design, manufacture and certification of the Boeing 737-8 MAX, and when it misrepresented to the public, the FAA, and Boeing’s customers that the airplane was safe to fly, which Boeing shockingly continued to do even after the crash of ET302.”

“Boeing intentionally hid from its customers, including Ethiopian Airlines, that the Boeing 737-8 MAX had an aerodynamic handling defect and that it had installed MCAS in its 737-MAX airplanes to address the defect.”

“Boeing obtained FAA certification for the Boeing 737-8 MAX by intentionally, recklessly and/or negligently underestimating the odds that MCAS would erroneously force the airplane’s nose down and by overestimating the ability of pilots without MCAS training to respond to MCAS-created handling emergencies.”

“Boeing represented to the FAA that MCAS was a benign computer code programmed in the airplane’s Flight Control Computer that would cause Boeing 737-8 MAX to ‘feel’ to its pilots like it handled the same as the Boeing 737NG; to the contrary, MCAS was a deadly defective feature.”

Anthony Tarricone, also a partner of the Kreindler firm, said, “The case will focus, in part, on the intertwined relationship between the Federal Aviation Administration (FAA) and Boeing, which allows Boeing engineers to act as designated FAA safety inspectors during the certification process.  That the 737-8 MAX was certified as safe without the MCAS and its failure modes being subjected to rigorous testing and analysis illustrates that the FAA has been captured by the industry it is supposed to regulate. Industry lobbying focused on elevating corporate profits over passenger safety does not promote certification of safe airplanes.”

Note to editors:  A copy of the complaints are accessible at:

Kreindler & Kreindler LLP attorneys have served as lead counsel in nearly every major commercial aviation disaster litigation over the last six decades, including the last major case in the United States against Boeing, the 2013 crash of Asiana Airlines Flight 214 in San Francisco, CA, as well as the still-missing Malaysia Airlines MH370, Turkish Airlines Flight 1951 crash of a Boeing 737, TWA 800, Kenya Airways Flight 507 Boeing 737 crash in Cameroon, Continental Airlines Flight 3407 in Buffalo, EgyptAir 990, Swissair Flight 111, Korean Airlines 801, Silk Air MI 185, China Airlines, CI 611, Singapore Airlines SQ 006, and many others. The Kreindler firm has recorded the largest recovery for a single disaster in the history of aviation to date — nearly $3 billion — against Libya and Pan Am in lawsuits arising out of the bombing of Flight 103 over Lockerbie, Scotland. http://www.kreindler.com

For more information on Kreindler attorneys:

Power Rogers & Smith L.L.P. is a highly regarded Chicago Trial Law Firm specializing in Civil Trial law and specifically in the areas of Product Liability and Aviation product defect matters as well as complex matters involving catastrophic injury and wrongful death.  The firm was founded and has been led by some of the nation’s most highly acclaimed and respected trial lawyers.  The firm’s award-winning legal team has recovered over $4 billion in verdicts and settlements for clients—more than $800 million more than its closest competitor since 2000.  Todd Smith, a founding partner of Power Rogers & Smith L.L.P., served as President of the American Association for Justice (AAJ) — the largest association of trial lawyers in the world– and chaired the AAJ Aviation Section.  The firm has been named the “No. 1 Plaintiffs Law Firm” in most compensation obtained for clients by Chicago Lawyer’s Annual Settlement Survey nine years in a row.  More information about the firm and its lawyers can be found at http://www.prslaw.com.

For more information on PRS attorneys: